New South Wales is the heart of Australia. Although the state with its area of 809,444 sq.km. significantly inferior to the size of most other states, there are about 7.1 million people. This state has the highest share in the economy of the country. New South Wales is the most populated state in Australia, but the bulk of the population lives in coastal areas or on the shore of the Pacific Ocean. The interior of the state is less populated, where mostly small settlements with fewer than 25,000 inhabitants. Until not long ago people gather to live mainly along the coast, but in the recent decades have seen a reverse trend – cities grow towards the mountains.

That what makes the people to seek these places is probably the fact that there will be closer to nature and away from ever-growing cities. New South Wales is a wonderful place for tourism, since it combines numerous cultural and historical monuments, beautiful and unknown nature and mild subtropical climate.

Of course, the climate varies a lot depending on which part of the state you are. In the north to the Queensland border the climate has many features characteristic of the tropics, while the south to the border of Victoria you can feel weak influence of the temperate latitudes.

Here you will find a huge variety of landscapes, which will impress you with certainly. The best time of year for tourism in New South Wales is in spring and autumn since then the weather is sunny and quite warm, but not too hot as the summer months.

In spring and autumn temperatures ranging mostly from 22 to 26°C. Winter also is mild – about 17 – 18°C, but then was too cold for swimming, and some plants lose their leaves for a short time, although in general, and in winter everything is green and full of flowering plants. 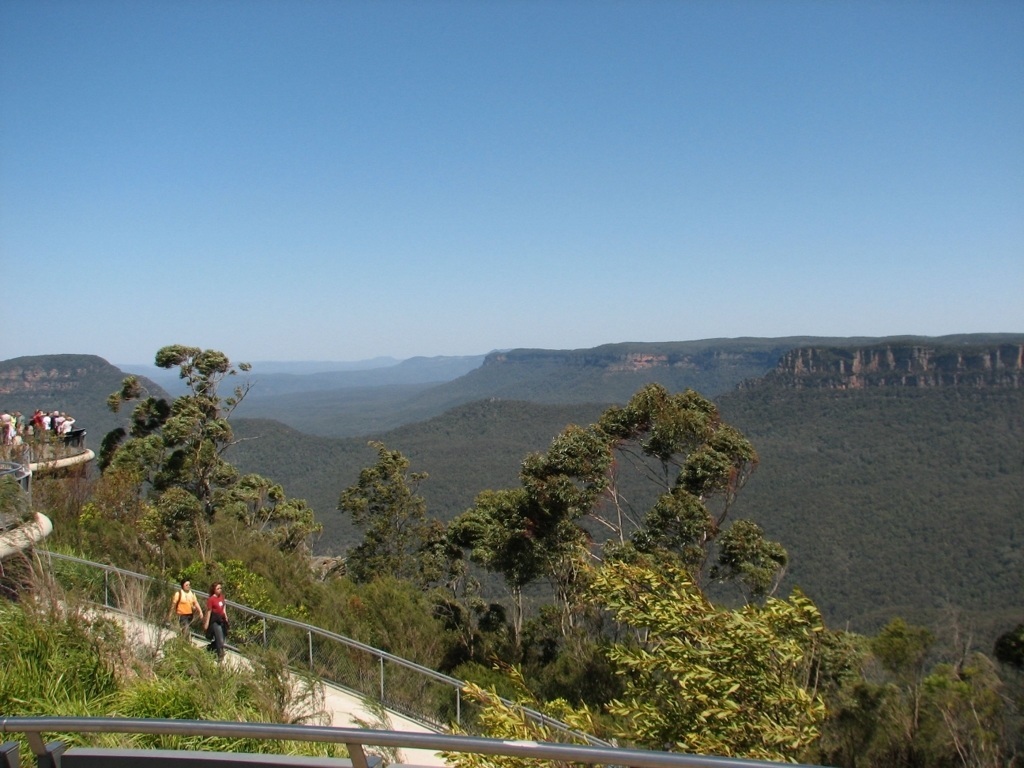 But winter is preferred by lovers of surfing, because then the weather is more windy and the waves are big. New South Wales is one of the most popular places for surfing in the world.

In most of the year, summer clothes are adequate. For the winter months is better prepared mainly spring clothes with long sleeves and a not very thick jacket or vest.

Necessarily bring with you sun lotion with very high protection, because the sun in sunny Australia is very dangerous all year round even during the winter months.

Don’t miss to smear even when just going for a walk. For people with fair skin and young children we have to say that they need special care because they can burn even for a short time spent in the sun.

Interestingly, the skin can burn even in cloudy weather, which in Europe is almost impossible. Transport in New South Wales is very well developed here and we do not talk just for the air services between various cities. There are well developed all kinds of transport.

New South Wales is one of the few places in the country, where there are many well-developed rail network. Even the mountain chain of Australian Alps is not a barrier to the development of transport.

Arriving in Australia, you most likely will land at the international airport in Sydney, which is the largest and loaded on the continent. To many attractions such as the Blue Mountains can be reached by car, bus and train. The state of New South Wales will reveal a completely different and unknown Australia. In the mountains and around the coast the nature is fresh and green, there are numerous rivers and everything is covered with dense rainforests.

Beyond the Great Dividing Range, known as the Australian Alps, extend a very different world. Here are some of the most fertile lands of the continent.

Here are well developed animal husbandry and agriculture. If you walk through this part of the state you will experience the essence of Australia – the agriculture.

It provides much of the richness of this modern country. As closer as you get to the northwestern corner of the state, the vegetation gives way to dry and infertile land. In New South Wales has excellent opportunities to practice Eco-tourism. Due to the fact that Eco-tourism is friendly with the nature and environment, it is become increasingly popular in Australia.

Businesses in the state also is evolving rapidly in the situation. For everybody is absolutely clear that they will earn more from Eco-tourism rather than if they build huge concrete resorts that unlike before today frighten and repel tourists.

Wonderful places for Eco-holiday is on the shore of the Pacific Ocean, mountains, and inside the state. Myall Shores Resort is perhaps the most delightful place for Eco-tourism on the continent.

This is a paradise in the wild, which is located in the central part of coastal New South Wales. The place is so quiet, clean and calm, that everyone will love him at a glance.

It is located next to Myall Lakes National Park. There is enormous biodiversity, and on every side is heard only the voice of nature – sea, waves, birds. Australis Angourie Rainforest Resort also is great for Eco-tourism.

The place is located in upstate near the Queensland and is surrounded by dozens of national parks – the closest are Bundjalung National Park, Fortis Creek, Ramornie, Yuraygir and many other parks. Great advantage for Australia is that while it is among the most developed countries in the world, yet there is very preserved and untouched nature.

The territory of New South Wales has many national parks and protected areas, where they can enjoy the magnificent natural beauty and purity.

One of the most beautiful and fascinating places in the state is not far from Australia’s largest megalopolis. The place is known as “Blue Mountains” and is a favourite tourist destination not only for foreigners, but for residents of the cosmopolitan city. A lot of tourist agencies regularly organize trips by bus, and visitors usually remain delighted with the local landscapes.

Here under the shadows of the trees you will find salvation from the heat, that holds the lower parts of the state for several months each year.

To be sure you do not miss something important, the best you can do is to visit tourism consultant, who will help you to orientate among the vast diversity of attractions of the state.

But the beauties here are not only case of mother nature, but the human too. In Sydney for example, are two of the architectural emblems of the continent – the building of Opera House and Harbour Bridge, jokingly called by locals “The Coat Hanger .” In Sydney you will find many world-class museums, a huge variety of restaurants and hotels and everything else can be expected from a city of such high class.

Within the borders of the state of New South Wales is the separate territory of the country’s capital – Canberra. One of the major attractions of the state is Darling Harbour – the bay where Sydney was built.

This is the largest natural harbour in the world and foreigners call the town “south Venice” because the whole city is built around water and consists mainly of islands, peninsulas and bays.

Manly is impressive – this is a narrow strip of land surrounded by waters from three sides. This is perhaps one of the most expensive places to live in Sydney.

In the northeastern parts of the state flows the River Murray. It together by Darling River is part of the largest river system on the continent and its sources are far among the Great Dividing Range.

This river is a symbol of Australia and you will really miss much if you do not see it. The best would be to take some time for a boat trip along the River. In New South Wales is located the highest point of Australia – Kosciuszko peak, 2229 meters high.

Although this state has mild, warm and sunny climate, the high altitude here plays an important role. During the winter months is very cold here and usually form a thick snow cover. You can ride the ski, snowboard, sled or just enjoy a quiet and snowy holiday in one of the most sunny and hot countries in the world.

If you are a lover of art and think that in a young country like Australia there is nothing to see you are so wrong. Art gallery in Sydney is world class and it can brings a great delight to the lovers of beautiful and exquisite.

Art gallery is located just over a kilometre from the building of the Opera House and next to the Royal Botanic Gardens. Not far from here is the museum of contemporary art.

Even if you are very busy do not miss the Museum of Australia. It is the oldest on the continent. It will gives you the opportunity to learn very important facts about Australia and to explore it a little better.

It would be interesting also to see some of the state universities. You will get an idea where this modern country builds its future.