These are countries which offer the highest standard of living to its citizens.

In this list there are no countries such as Russia, Brazil, China, India and Mexico that have strong economies.

Because of the great number of people these countries are unable to ensure higher living standards to their citizens. Switzerland is perhaps the most popular country when man talks about quality of life.

It is a byword for high quality of life.

This is also one of the countries in the world with the greatest average life expectancy.

The great national wealth is due to the production of high quality watches, banking and finances, chocolate, and tourism development. The small Alpine principality of Liechtenstein is situated in the Alps between Austria and Switzerland.

The population of only 35,000 people have a very high standard of living, higher even in comparison with Switzerland!

This small country owes a large part of its national wealth to the production of expensive stamps and tourism development.

Pure nature is a good precondition for rural tourism development. Speaking about the richest countries in the world we have to mention also and Austria.

Perhaps you have noticed that it’s also an alpine country.

The alpine region is with certainly the richest region of the planet.

Austria’s economy is different from that of Switzerland and Liechtenstein, because is not strictly specialized in the production of certain goods, but is versatile. Let’s start with the fact that Australia occupies a whole continent, and has a population of 21 million people.

The country has a large area approximately as the U.S. (excluding Alaska), and a population as that of New York.

The ratio of the vast territory with the small number of population implies a high standard of living.

The country’s great wealth is distributed among very few people.

Today Australia is one of the richest nations on the planet.

Owes its wealth to the food production and Mining.

Japan, which is one of the most powerful economies on the planet, imports much of its food products from Australia, but this is true not only about of the food, but also of minerals, of which Japan is very poor.

Now the living standard in Australia is among the highest in the world and cities such as Sydney and Melbourne always present in the list about the best cities in which to live. The small island country with a developed economy has forced itself to produce many goods that are needed by its people for everyday needs, because the great geographical remoteness from the rest of the world makes the imports too expensive and noncompetitive in the local market.

New Zealand due its high standard to the food production and tourism.

Similar to Australia, the mild climate here is ideal for growing of fruits and vegetables.

The nature of New Zealand is considered by many to be the most beautiful in the world.

Therefore, the large geographical distance was considered to be overcome because the opportunity to enjoy the unique natural beauty. Japan is the second most developed economy in the world after the United States.

Indeed, the Land of the rising sun is competitor of Germany for the second place.

Although till lately Japan and Germany was the second, they have already lost their leadership from China, but in terms of living standards Japan is undoubtedly one of the world leaders.

The country due its vast wealth to the production of high-tech products and industrial products which are well accepted globally. Singapore provides its population of 4.6 million inhabitants living standard similar to that in Germany.

Singapore’s vast wealth is accumulated by the development of high technology, shipbuilding, and because of its extremely important strategic location.

On the territory of this small country is located one of the most dynamic and busy ports on the planet.

Luxembourg has always been considered one of the richest countries in the world and certainly occupies one of the leading places in Europe.

The economy of this small country is mainly dependent on the financial sector and the well developed industry.

In good years the GDP per capita in Luxembourg has reached second place in the world.

The country is part of the EU and the member states are its most important partners. In recent years, the name of Norway is synonym of high living standard as the country is one of the richest in the world.

The country owes its wealth to the extracting and export of oil.

Norwegian capital Oslo is considered to be one of the most expensive cities in the world, together by the Russian capital Moscow, the Japanese capital Tokyo, and the British capital – London.

Norway is one of the countries with the lowest crime rate in the world.

Numerous advantages somehow neutralize the fact that Norway has a very cool climate.

Canada is the second largest country in the world after Russia, it is home to more than 33 million people.

This country can boasts with endless natural riches.

The high standard of living of the residents of Canadian cities comes mainly from highly developed agriculture and the development of new technologies.

Outstanding beauties of the local nature attract Canadian and foreign tourists, making tourism a serious source of income for this country.

Cities such as Vancouver are at the leading places in world rankings about the quality of life.

Sweden is the most powerful of all the Nordic countries.

Its residents enjoy a very high standard of living.

The country has developed multilaterally economy, but still a major source of the income come from the production of steel.

Like the rest of Scandinavia, Sweden has a highly developed social policy which provides a high standard even to the people, who for one or another reason do not use their right to work, no matter whether they are mothers with young children, pensioners, unemployed and etc.

Monaco is one of the richest places in the Mediterranean.

It is located on the south coast of France, better known as The French Riviera.

Monaco has a population of about 33,000 people and is one of the most densely populated countries in the world.

The main part of the income of Monaco comes from tourism and gambling, as this small Mediterranean country is similar of Las Vegas in terms of their casinos.

Monaco is home to many rich and famous people such as Elton John – world famous celebrity that has found here security and peace.

Germany is the strongest European economy.

The country has ever known for its high living standards and social policy that turn the Germans into the greatest explorers and travelers in the world.

German economy relies mainly its power and wealth to the exceptionally well-developed industry.

Indeed, Germany is the most developed industrial country in the world.

In this respect, it is stronger even than the USA!

The quality of life in German cities is extremely high and the Frankfurt and Munich are among the leaders.

Germany can boast with the ability to provide a very rich cultural and social life of its citizens. The United States of America are the most developed country in the world.

As such, it provides tremendous opportunities for its citizens.

U.S. wages are really high, although they can not reach the level of Switzerland or Denmark.

The U.S. economy is versatile.

The country produces cars and air planes, but also develop banking and tourism.

The U.S. extracts oil and invests billions in science and tourism.

Everything that one can imagine.

America has been always known as “The country of unlimited opportunities“. Ireland is often referred as the European dragon, because the speed of its economic development is compared with the countries of Southeast Asia.

Ireland is a country with an extremely high standard of living and is considered to be the best country to live in the world.

It offers very good opportunities for career development or to start your own business.

This makes Ireland quite popular among young people from all across Europe.

One of the most popular export products is the world famous Irish whiskey.

Furthermore, the country can boasts with rapidly developing high technology and, of course, service sector.

Iceland is a sparsely populated country.

Population has one of the highest standards of living in the world.

The country has maintained very good social policy, and the major source of income today, as always been is the fishing industry.

The country has huge potential for tourism development.

Nature is pure, wild and preserved, and the cities here are away from the problems of the overcrowding and the busy traffic, which struggling almost every major city in the world.

The United Arab Emirates has laid up its wealth of mining and oil exports.

This is one of the countries that offer the biggest benefits of its citizens.

In recent years, the United Arab Emirates have realized that the extracting of oil even if profitable some day will end, so this country is trying (and indeed do so quite successfully) to become one of the factors in the global tourism industry.

In Dubai, which is the pearl of UAE rise the most expensive and luxurious hotels on the planet.

It could be very difficult to find somebody, who do not know the world famous Burg Al Arab. UAE is a country, which has proven that it can turn the desert into a paradise.

This is an industrial country with agrarian economy.

This means that France relies on agricultural development, while does not abandon and the high-tech industries.

It is believed that the versatile economy of France is one reason why the country is doing relatively easier in comparison with other countries in times of crisis. In recent years, the people often talk about Denmark as one of the richest countries on the planet.

Like other Scandinavian countries, Denmark has a well developed social policy, and even the higher education is generally free.

The country gets most of its income from food exports, especially high-quality dairy products like cheese, milk and so on.

Copenhagen is regarded as one of the best cities to live in the world.

Exceptionally high incomes, of course, contribute to this fact.

Great Britain is one of the most famous countries in the world.

It is the center of most popular international culture today.

Britain was the center of the Commonwealth and is a gathering place for many international celebrities.

The British capital is a city in which live hundreds and even thousands of stars.

Britain was once the most powerful and richest country in the world.

Today it is not the first, but with certainly is among the leaders.

The country develops all economic sectors, especially banking and finance.

London is one of the most expensive cities and the world’s biggest financial center (together by New York).

Today the island is one of the best places to work and live. 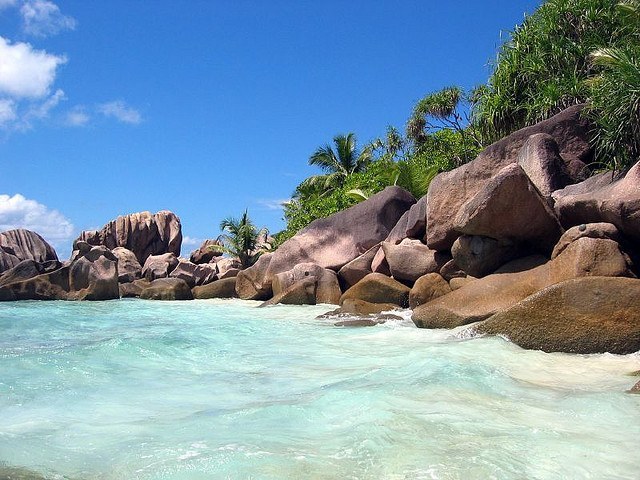