China is the fourth biggest country in the world. It occupies an area of 9 571 300sq.km. in the east part of Asia. It borders on Vietnam, Laos, Myanmar, India, Bhutan, Nepal, Pakistan, Afghanistan, Tajikistan, Kyrgyzstan, Kazakhstan, Russia, Mongolia and North Korea. It borders on the Pacific Ocean through Yellow Sea, East China Sea and South China Sea. It has population of around 1300 000 000 people. This is the most populated country in the world.

The Great Wall in Mutianyu by oarranzli

The official language is Chinese, but big part of the population, especially in the big cities of the country speak English. Beijing is the capital of China. It is situated in the north – east part of the country, in approximately 120km. of Bo Hai Bey on the Yellow Sea.

China is the third most powerful economy on the planet (after USA and Japan). China is one of the oldest civilizations in the world. Suffice is to say that the Chinese hieroglyphs are between 4 and 5 thousand years old.

China has given a lot to the world. Lao Tzu is one of the most famous philosophers in the human history. More than ½ of the territory of China is covered by high mountains. In the north part of the country the climate is temperate continental with hot summers, cold winters and changeable spring and autumn.

In the winter fall significant snowfall. In the winter, especially in January the temperatures can drop harshly to (-20) °C.

In July and August the weather is very hot even in the northern parts of China and the daily temperatures can reach 35 – 40 °C! It can be characterized by long and hot summer, short transition seasons and also short, but cold winter in the central parts as well as warm winter in the southern-most parts.

The snowfall is rare, in the southern parts is missing. The summer daily temperatures vary between 30 and 40 °C (usually 35 °C). The North Tropical Circle (Tropic of Cancer) pass through the southern part of the country but for all that the climate is not tropical but subtropical.

Guangzhou, Hong Kong and Macau get into the southern-most parts of the country. The summer is hot and stuffy with significant rainfalls. The south-east coast of China is usually hit every summer by typhoons.

For these geographic latitudes the winter is relatively cool. Usually the daily temperatures in January vary between 15 and 18 °C.

The only place with tropical climate is situated in the South China Sea. This is the island of Hainan. The daily temperatures in January are around 25 °C. China has not tropical climate on its continental part. With its industrial and every day life waters, this huge city pollute the river. Huang (the Yellow river) and Xi Jiang are the other two large Chinese rivers.

The biggest lake on the territory of the country is Qinghai Hu. It is situated in the northern part of the plateau of Tibet. The lake is salt – water.

In the most south-western part of Tibet are situated the Himalayas. Here, on the border with Nepal is situated the highest peak in the world – Mount Everest 8848m. 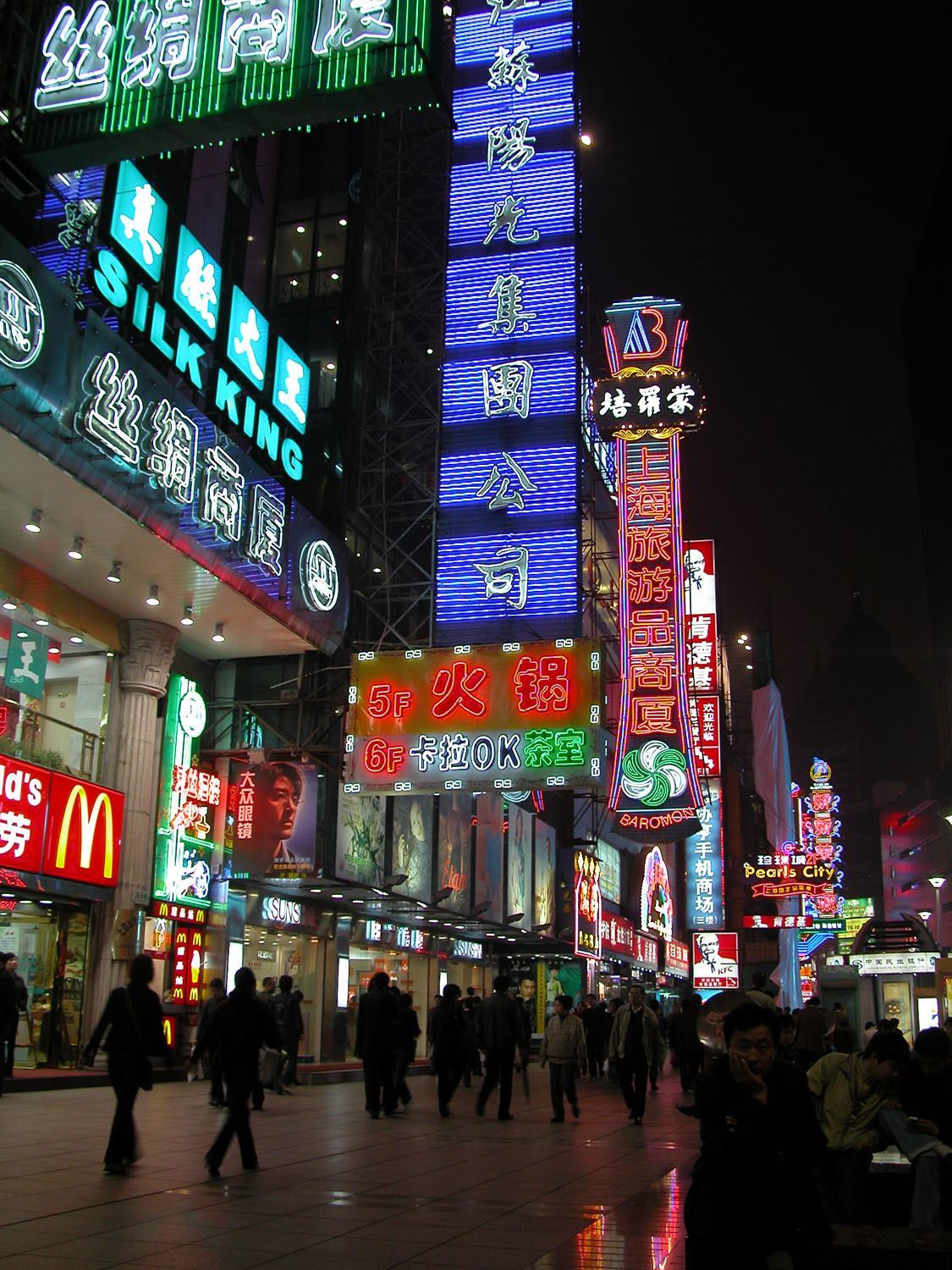 The island of Hainan that is situated in the South China Sea is the southern most part of China. Despite the country is the most populated in the world, big part of its territory is unsuitable for living.

The south-west part of the country (1/3 of the territory of China) is occupied by the Tibet table land and has altitude of more than 6000m. As a result of the specific relief, this part of China is especially rare populated.

The developing of infrastructure is very difficult. Very few people are adapted to live in these hard conditions. In the north of Tibet are situated the deserts Terim Pendi and Junggar Pendi.

These deserts are divided by the mountain range of Tien Shan. In this part of China is situated also the Gobi desert. By contrast with the tropics, the local deserts are very cold in the winter and hot in the summer.

The local deserts are surrounded by high mountain ranges and has all year around sunny and dry weather as well as poor precipitation.

The east and south-east parts of China as well as the coastal areas are the most populated part of the country. Dalian is one of the most beautiful cities in the north part of China. This is attractive tourist center with incredible golden sandy beaches and picturesque occupation.

It is situated on the territory of beautiful peninsula between Bo Hai Bay and Korea Bay.

Shanghai is the biggest financial center on the territory of China. In the last few years the economy of Shanghai is stronger even than Hong Kong. The skyline of the city is impressive with amazing sky scrapers. The streets of Shanghai represent incredible mixture of people, cars and noise.

But for all that Hong Kong is still one of the richest cities in China. On the picturesque coast of South China Sea, are situated hundreds of impressive skyscrapers.

Approximately 100 km. west of Hong Kong, you can find one of the most dynamic resorts on the planet. It is world famous as the Chinese Las Vegas.

China is the third most powerful economy on the planet. In the last few years many countries from all over the world move their factories in China because of its cheap and high skilled labour force.

In the last few years it turned out that the cheap labour of China is the same as the petrol in Arabian countries.

The biggest part of the developed countries in the world are not sure in their future success, but the economy of China ride in full speed and even has a real dangerous of super heating.

All sectors of the national economy of China can boasts by the dizzy speed of developing. The industry ensure to the country huge revenues, but also great problems such as strong pollution to the local environment.

For example large cities as Beijing and Shanghai are serious affected by the pollution. Besides the industry, the sector of services, especially the tourism, also can boasts with strongly developing. The solvent tourists of EU, Canada, Australia and so on, in the last few years show incredible interest to the countries of East Asia, especially to the landmarks of China.

The rich foreign tourists are strongly interested by the incredible cultural wealth of this country. The history of China is not less interesting than the history of the Mediterranean countries as Greece and Egypt.

The history of China is few thousand years old. The hieroglyphs date as fare back as 5 – 6000 years. China has given a lot to the world.

It is home to one of the most famous philosophers for all times – Lao Tzu, whose wisdom continue to pass through the ages and always win recognition. The cultural remains are countless. Sufficiently is to say only the name of the Great Chinese Wall that is the only man made work that can be seen from the space. This is one of the world most famous land marks.

The Wall has been built by the Chinese to preserve the country of the involving aggressive tribes. But today its purpose is to enjoy the visitors by its fine beige nuances and soft curves that follow the picturesque relief of the north-east China.

The foible of the Chinese economy is the mining sector. Usually, the work conditions are very hard and despite the endless endeavour of the government as well as the harsh punishment to the law-breaker still can be found places where is used the labour of children!

Some employers even do not pay to the children whose labour they use! However, that fast growing economy, accept the western discipline.

As well as the other developing countries, China also meets serious problems and obstacles, but soon everything will be in the past.

For the better economic developing, the country gives serious independence to the big cities, as Shanghai for example.

The biggest part of the funds usually stay in the same city where have been earned. In this way the country stimulate the local economy and obviously this economic model is successful, because many western economies begin to apply it.