The equatorial climate zone is located around the equator and covers wide areas in South America, Central Africa and South-East Asia.

Typical features of this climate are all year round, high daily and night temperatures as well as heavy rains falling almost every day.

Warmth and humidity are the main reason for the flourishing of the greatest diversity of plant and animal species on the planet. 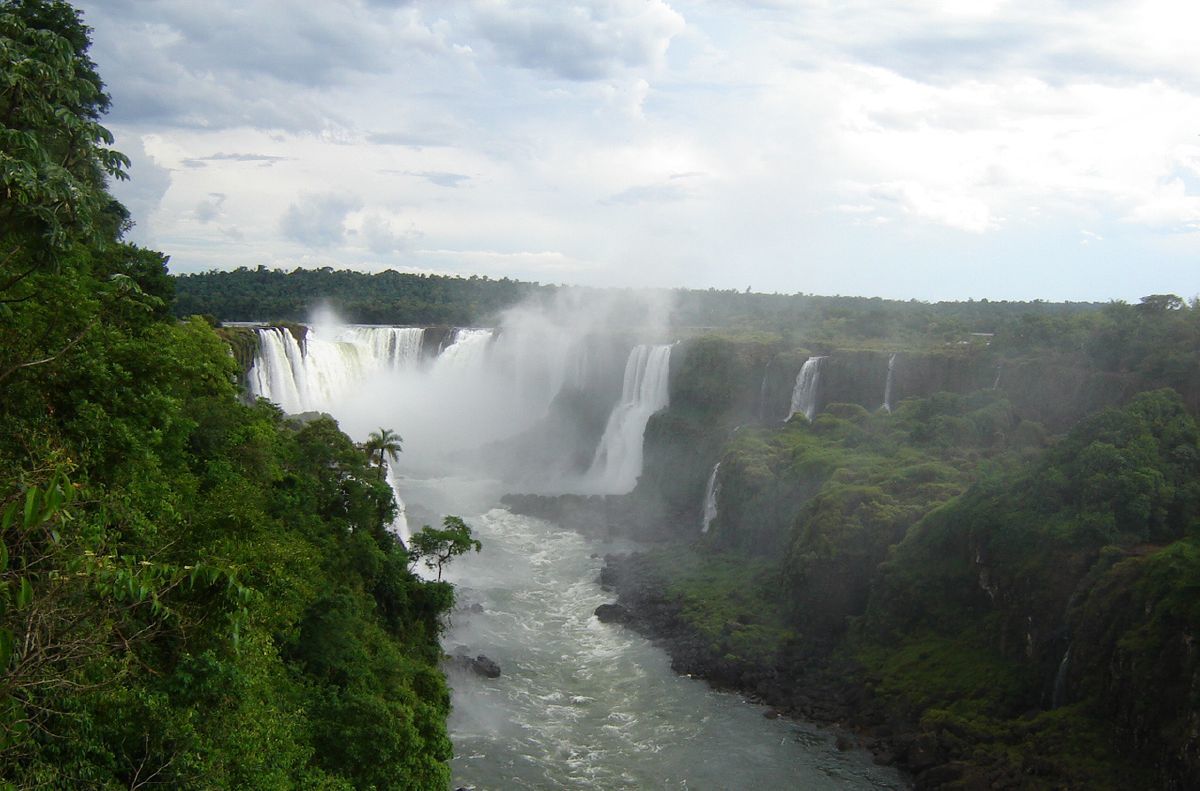 As a result of these climate conditions into the river valley of Amazon in South America is located the biggest rain forest in the world, named “the lungs of the planet”.

The vegetation in the forest is so thick and impenetrable, that at some places is absolutely impossible to be done even a step.

In this part of the world you can find yet places where human being have never set foot.

Amazon (this is the name of the rain forest) is every year partly flooded because of the swelling waters of the huge Amazon river.

The species which inhabit this part of the world are perfectly adapted for this way of life and they survive here without major obstacle.

Jaguar, tapir, sloth, pyranha, cayman  and the only of its kind freshwater dolphin are some of the most amazing species in this part of South America. The biggest problem of Amazon is the clearing of forest lands, because of the esteemed wood of equatorial species.

The scientists reckon that decreasing of the forest area will bring to in convertible changes of the world climate.

The great economic and cultural progress of the country, as well as increasingly responsibility of the Brazilian business and inhabitants with certainly will contribute for the conservation of this invaluable natural diversity. Besides in South America, the equatorial climate can be found in Central Africa too.

The conditions are very similar in comparison with these in Amazon.

Here we can find the same amazing variety of life forms and impenetrable rain forests.

Like South America, African jungle is located on the territory of a wide river valley.

It is a home of countless plant and animal species.

A lot of them can be found only here.

The jungle is home of leopards, gorillas, exotic birds and so on.

The vegetation is abundant, fed up by the daily heavy rains.

The large river of Congo cut through the enormous rain forest.

This is the second largest river in Africa.

Big part of the African jungle is permanently covered by water.

There are countless big and not so marshes.

This jungle is a real paradise for animals, but the same conditions are almost unbearable for people.

As a result of the high temperatures and high humidity, here is wide spread huge number of mosquitoes and other insects that not in the least assist to the local people in this equatorial area. Usually in the equatorial climate zones the cities are situated in closeness with big water sheets or at bigger altitude, because this make the climate more bearable for humans.

With its indescribable biological diversity, the African rain forest is among the most interesting parts of the world.

We must to save this forest, because if we don’t do it, the climate of our planet will be changed dramatically.

We must to save these forests to the next generations.

The third (and last) area with hot equatorial climate of our planet is located in the South-East Asia.

It occupies the southern part of Malaka peninsula and the islands of Malaysia, Indonesia and New Guinea.

Like Central Africa and South America, the climate of South-East Asia is also hot and humid with sudden and frequent rains.

The plant and animal diversity is great.

This rain forest is a home of tigers, leopards, orangutans and incredible beautiful paradise birds.

The animals inhabit different “floors” of the forest.

Some species live in the head of the trees and other inhabit the ground floor of the forest. In contrast to the rain forest of Africa and South America, the jungle in South-East Asia is not situated in river valley, but on the territory of different islands (Java, Borneo and so on) plus the peninsula of Malaka.

Especially interesting for scientists with its biological diversity is the island of Borneo (Kalimantan).

This island is divided between Indonesia, Malaysia and Brunei.

The beauty of its nature is stunning!

Like Amazon and Central Africa, the problems in South-East Asia are connected by the clearing of forest lands, because of the high quality wood of the local species.

Because the clearing of forest, there is a real dangerous for thousands of animal species, that can be left without home.

Maybe a big part of this species are not found yet.