Kyrenia is a beautiful port city, comfortably situated between the picturesque Mediterranean coast and the Kyrenia Mountains.

It is the capital of the eponymous province and the main tourist center of the north coast of Cyprus.

The city has a population of about 33.207 people, and since it falls within the boundaries of the unrecognized Turkish Republic of Northern Cyprus, the population is mostly Turkish speaking.

The city has been known since ancient times, and the surrounding area has been permanently settled already for more than 7800 years! 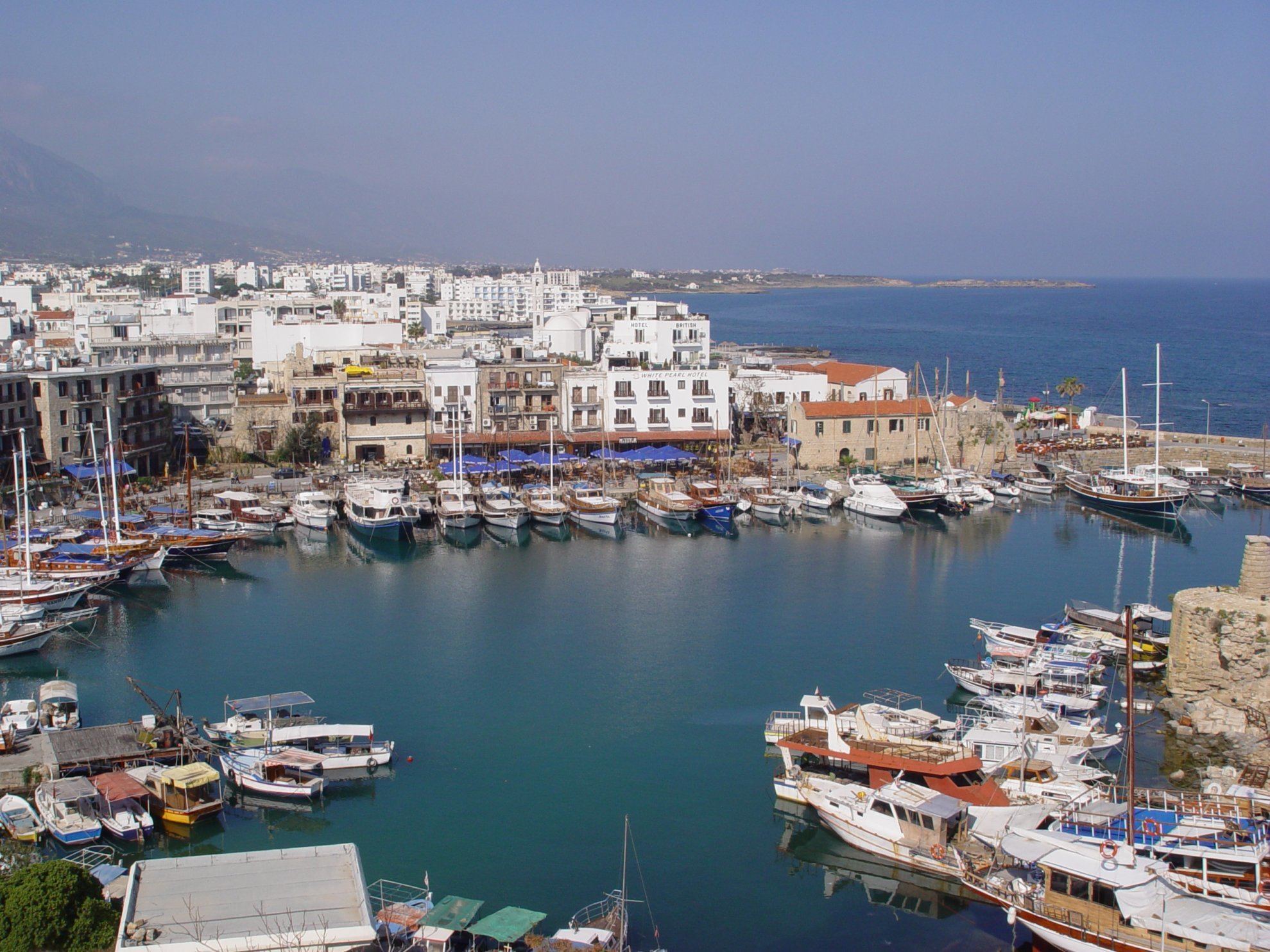 With its rich history and its wonderful Mediterranean climate with more than 300 warm and sunny days a year, Kyrenia is the pearl of the North of Cyprus.

Thanks to its long-lasting beach season, which usually lasts eight, in some warmer years even nine months of the year, low property prices and strong feeling of tranquility in the area, over the last few years Kyrenia has become an attractive destination for foreigners seeking to buy a holiday home in a still less expensive and more affordable place on the Mediterranean coast.

Best Things to Do in Kyrenia

Located in one of the greenest parts of Cyprus, Kyrenia is an attractive tourist center.

This is the city with the most lush vegetation on the island.

The most attractive hot-spot for visitors is the old Venetian Harbour of the city, which attracts fishing vessels, tourist boats and small yachts.

This place is unique.

It brings the spirit of Italy and is the most photographed spot in the city.

The surrounding mountains and the specific angle at which sunlight falls in different hours of the day change the entire picture beyond recognition.

The Venetian Harbor is the starting point to reach and explore all the interesting sights of the coastal city.

And they are not one or two.

Wandering through the narrow streets, you will find numerous workshops and shops, which will tempt you with their wide variety of interesting handmade gifts, and when you get tired, you can enjoy a cup of coffee or other refreshing drink in one of the many cafes emerging at every turn.

Near the old romantic port you will find another treasure from antiquity and this is the Kyrenia Castle.

It is assumed that the impressive fortress was built sometime between 1th and 7th century, and its creators are considered the Byzantines, although this is not entirely certain and proven.

Even today, thousands of years after its construction, the castle of Kyrenia still continues to amaze with its solid architecture and size.

The giant structure stands out spectacularly on the background of this peaceful and picturesque Mediterranean town, and the stone walls rise next to the calm and mirrored sea surface.