Only the north shore and the mouth of the river Nile are covered by fertile planes. The biggest part of Egypt has flat relief and the only mountains are situated on the east shore.

The climate in Egypt is tropical, dry. Only the north shore has subtropical Mediterranean climate. Cairo (the capital of Egypt) enjoys warm, subtropical climate with high temperatures all year around. The main part of the precipitations fall from December to March. Rainfalls in June, July, August and September are unbelievable.

The daily, summer temperatures are extremely high, especially between May and September. The average daily temperatures in June and July is 34 °C, but easy can reach 40 – 45 °C.

Because of the dry climate the difference between daily and night temperatures are around 10 – 15 °C.

Alexandria also has subtropical Mediterranean climate. The winter, daily temperatures are lowest from the middle of December to the middle of February – around 19 °C.

Because of the closeness of the Mediterranean basin, the summer temperatures are more bearable – around 30 °C in June, July, August and September. The beaches are full of people from March to December. Aswan is situated in the tropical climate zone of Egypt, not far from the North Tropical Circle. The climate is very hot. The precipitations are extremely low.

The landmarks of Egypt are countless, but the biggest are few.

The Egyptians Pyramids. The world famous pyramids have been developed in the 2580 b.c.

Their perfect forms excite interest among the scientists. Some people believe that the pyramids are work of aliens. The biggest is the Great Pyramid of Giza. It is 147m high. The pyramids are situated on the west bank of the river Nile in the necropolis of Memphis.

The Great Pyramid of Giza and the Sphinx are one of the seven world wonders (and the only preserved until today.

The river Nile. This is the longest river on the planet. Its springs are in the equatorial region of Africa. Its length is approximately 6650km.

The river cross one of the driest deserts on the planet but for all that is reach the coast of the Mediterranean Sea.

The river waters its valley and make it one of the most fertile in Africa. The river passes through the territory of the biggest city in Africa – Cairo. The city of Aswan and the dam lake of Nasser. This is one of the hottest and southern most cities in Egypt. It has population of almost 280 000 people.

The city is famous by its dam lake Nasser. The dam of the reservoir is 3,6 km. long and 111m high. It has been opened on the 15-th of January 1971. In this time the dam lake has been the biggest in the world with a depth of 300m. For the Egyptians this reservoir is a source of life.

Cairo. Cairo is the capital of Egypt. It is the 13-th biggest city in the world and the biggest metropolis of Africa. It has population of around 15 000 000 people (metropolitan area). It has developed economy. This is one of the biggest cultural and educational centers in northern Africa. The streets of Cairo are personification of chaos.

On the streets of the city you can see around 5 000 000 cars every day. The calmest day is Friday. The people that live in Cairo are the most open minded in Egypt.

Red Sea Riviera. On the coast of Red Sea you can find some of the most beautiful beaches in Africa. Sharm el-Sheikh, situated on the south coast of Sinai Peninsula and Hurghada, situated on the east coast offer incredible sandy beaches with limpid waters and excellent opportunities for diving and snorkeling among the incredible coral reef.

Here you can’t find lush greenness and forests, but this is the perfect place to find sun in the winter months. Here are the closest to Europe coral reefs and this makes Sharm el-Sheikh and Hurghada the most attractive destinations for a winter holidays to the Europeans. Sahara. The biggest desert is also great attraction to the visitors from all over the world. It predominates in the scenery of Egypt.

The dry and yellow sandy landscapes are not only myth, but reality. The desert is unbounded and the visitors are very excited of the experience to make a tour among the sandy “waves” of Sahara not with a car, but with camel. 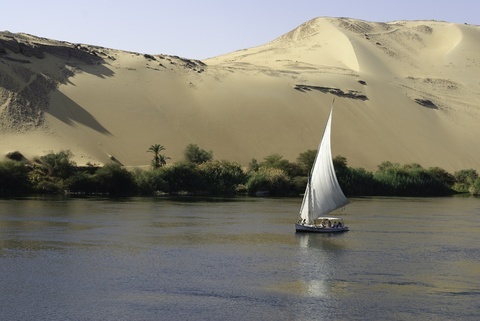