Equatorial Guinea is among the smallest countries in Africa, but is quite rich and the local population has a high standard of living.

While in its name to appear the word “equatorial”, its territory is not crossed by the equator.

The name is rather related to the proximity to the equator.

Much of the territory of Equatorial Guinea is covered by national parks and protected areas.

Equatorial Guinea is among the countries with highest living standards of the continent. Best time to visit Equatorial Guinea are November, December, January and February, when the rainfall is most scarce.

At any time of year to travel, however, will be better to wear your umbrella and very light and airy clothes.

It is characterized by year round high temperatures and heavy, almost daily rains.

The temperature throughout the year vary between 29 and 32°C during the day and between 20 and 22 at night.

The maximum temperatures are usually in February and the minimum – in July.

The rainfall ranging from 40 mm in January to 250 mm in September.

For those, living in the temperate latitudes is quite difficult to bear the combination of high temperatures and high humidity.

Man can say that 30 degrees here is much harder to bear than 30 degrees in Portugal or France, for example.

The heat and humidity make even the most insignificant effort to be very exhausting. 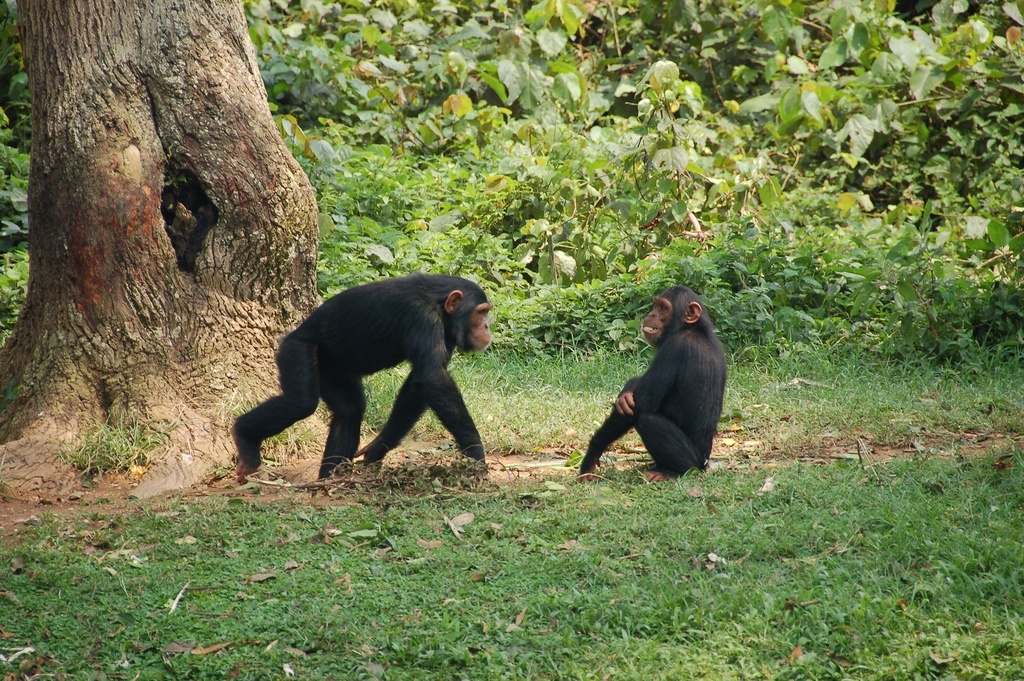 Only a small part of the country has a plateau relief with an altitude of 900 meters.

The highest point of Equatorial Guinea is Pico de Basile.

It is located on the volcanic island of Bioko.

Large part of the country is covered by equatorial forests, which support unique plant and animal species.

Here you can meet such animals as leopard, gorilla, chimpanzee and so on.

Lurked among the trees are different types of poisonous snakes, and on the branches is full of various species of birds.

In the rivers is dangerous to swim because they are inhabited by crocodiles.

The diversity of insects is astounding – if you listen to the sounds of the equatorial forest at the night, you can feel that everything is moving and rustle!

Much of Equatorial Guinea is covered by protected areas and this is especially true for the mainland part of the country. Equatorial Guinea is located between 0 and 2° north latitude and between 9 and 11° east longitude.

The country is situated among the jungles of Central Africa.

Occupies an area of 28,051 sq.km. To the west it has an outlet to the Gulf of Biafra of the Atlantic Ocean.

On the north it borders by Cameroon, to the east and south by Gabon.

Bioko Island, located not far from the coast of Africa is a possession of Equatorial Guinea.

The island is situated 160 km off the coast of the continent.

On the island of Bioko is located also the country’s capital, which is quite strange, given that the country possesses also territories on the continent.

It is interesting to note that because of its proximity to the equator every day the sun rises and sets approximately at the same time.

The differences are within a few minutes.

Unlike the Mediterranean, where day and night occurred somewhat gradually, here this happens very fast.

The night fall quickly, so the foreigners often remain surprised and strongly impressed by this phenomenon.

The population of Equatorial Guinea is approximately 700,000 inhabitants.

Official language is Spanish and the Christianity is the official religion.

Since 1968 the inhabitants of Equatorial Guinea have enjoyed independence.

Until then the country was under the government of Spain.

The country has only two cities that have populations of over 100,000 inhabitants.

These are the capital city of Malabo and Bata.

Although the capital Malabo was the largest city in the country, today with its 160,000 inhabitants, it ranks the second place after the city of Bata – 180 000 people.

Equatorial Guinea has a developing economy, but a very high standard of living.

The revenues come mainly from oil extraction, agriculture (cocoa / most of the cocoa comes from the island of Bioko / cassava, bananas, Yams) and fishing into the waters of the Atlantic.

The reason for the good standard of living of Equatorial Guinea is that the wealth is distributed among very few people.

Thus a country with a growing economy provides a standard of living higher than that of many countries including Malta, Cyprus, the Baltic states and Taiwan.

The literacy in the country is at one of the leading positions in Africa.

However, the fact that Equatorial Guinea is a developing country most clearly can be seen in the quality of the health care, which is not very high, such as in most of the African countries.