France is the heart of Europe. It is the biggest country in the European Union. Style, finesse, fashion, culture and incredible beautiful cities and landscapes. This is France. France is situated in West Europe and borders on Spain, Andorra, Monaco, Italy, Switzerland, Germany, Luxemburg and Belgium. Its area is 547 030 sq.km. and the population is around 61 000 000 people. France has an outlet to the Atlantic Ocean and the Mediterranean. France has very varied climate, but as all the weather in France is bereft of unsuitable climate conditions. 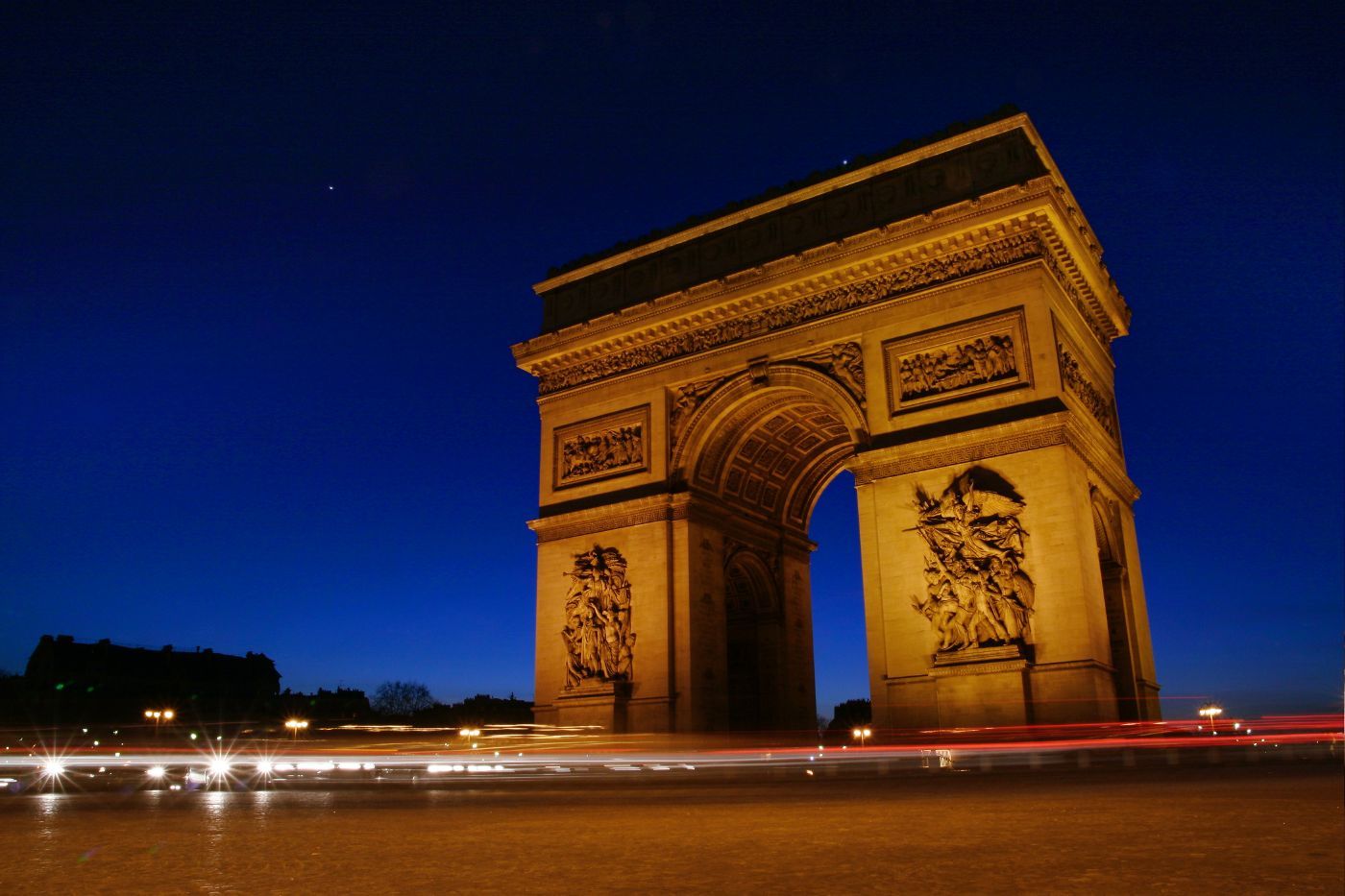 In the northern most part of the country, (the city of Lille) the weather is characterized by cool summer with daily temperatures around 22 °C in July and August and comparatively cold winter with temperatures between 1 and 5 °C.

This type of climate, remain the British. It has significant precipitations that are apportion uniformly in the different parts of the year. The snowfall is relatively rare phenomenon. This is typical temperate Oceanic climate.

The second climate type can be found inland around Paris. Here the weather is warmer and sunnier. Sometimes the temperatures can reach 30 °C. But the extreme changes are not typical for France, because of the moderating influence of the Atlantic.

Lyon that is situated in the central part of France near by the Central Massive has very nice temperate climate with daily temperatures in the winter around 7 °C (as Paris), but the summer is warmer.

Usually the daily temperatures in July and  August are around 27 °C, but easy can reach 35 °C. The weather is sunnier in comparison with Lille and Paris. The summer is perfect for out door activities.

The summer is dry (August and September), because of the influence of the Mediterranean. The south part of France is situated on the Mediterranean coast. Here the climate is subtropical – Mediterranean. This is one of the warmer places in Europe.

The climate conditions are perfect for living and agriculture. The summer is hot and long and the winter is short and mild. The biggest part of the precipitations fall in the winter months.

The summer is usually dry. In the winter the daily temperatures in Nice are between 10 and 15 °C, but sometimes higher.

The summer temperatures are around 27 °C. Sometimes can reach 40 °C, but this is rare phenomenon, because of the refreshing effect of the Mediterranean basin. France is the most visited tourist destination in the world. Every year the country is visited by more than 60 million people. The biggest part of them, make for the Cote d’Azurе.

This is the southern coast of France that is world celebrated by its splendid be aches, Mediterranean climate, fascinating towns and villages and exquisite atmosphere.

St-Tropez, Nice, Marseille, Cannes and the city – country of Monaco are only part of the emblematic that you will find on the south French coast. 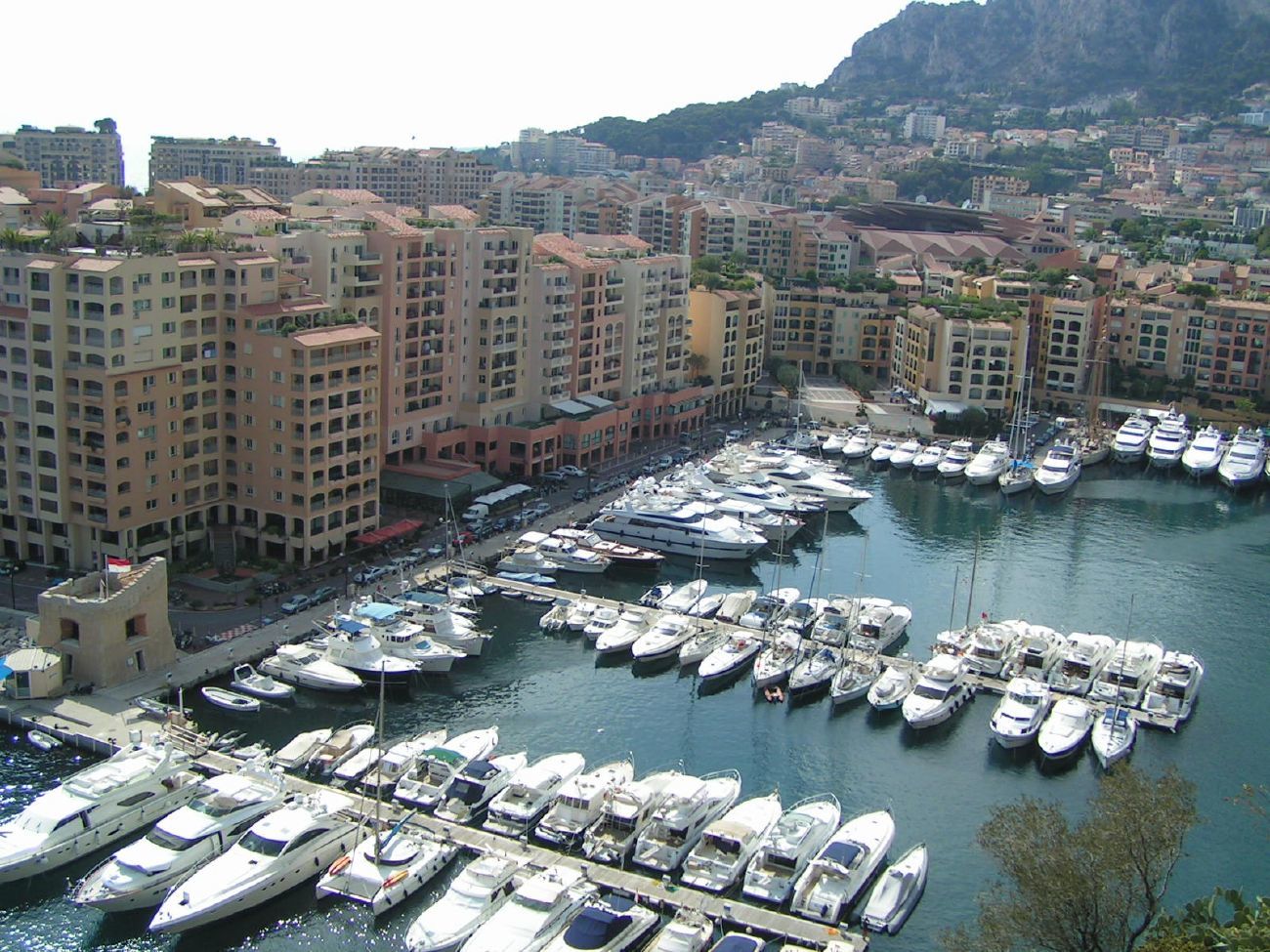 The Massif Central and the Alps protect the Cote d’Azurе from the cold, north winds during the winter. This fact, make the local climate to be delightful.

Everything is covered by greenness – centuries old trees, palms, flowers, subtropical bushes, cacti and so on.

The life here is exquisite and has its own style. No matter how much you travel around the world – you will never find more beautiful place of Nice. It is no chance that Nice is favourite to many Hollywood film-stars.

And don’t forget the world famous couple Brad Pitt and Angelina Jolly – they have been so impressed of the French Riviera’s beauty so they have decided to make the city their home. Monaco is one of the most fascinating recesses on the Cote d ’Azure. The city – country is monarchy. The city rises in tiers on the flank of the mountain that reaching to the Mediterranean coast. Monaco is one of t he world capitals of the games of chance.

It is serious competitor of Las Vegas (USA) and Macao (China) because of its excellent casinos. In reality the mountainous relief has served its purpose about the world glory of the French Riviera.

The mountains covered by green forests meet the Mediterranean Sea and they both (mountain and sea) create one unforgettable masterpiece.

The large, fine Mediterranean villas with large swimming pools and wide seafront terraces can make even the bigger immaterialist to dream about them. But France can offer you much more than beautiful beaches and Mediterranean atmosphere. In this country you can find the most amazing city in the world – Paris.

With no importance if you travel by your partner, parents, friends, brother, sister, grand parents or alone, the city is equally beautiful and interesting. One year is short term to visit all landmarks – it is absolutely impossible. Because of this reason, the best you can do is to dart through the streets of the city while you get lost. In this way, you can get to know the city architecture, its citizens and culture.

By contrast with the biggest part of the world destinations, this amazing city has no season for visiting. You can do it all year around. The summer is very nice – warm, but not too hot. The winter is fresh, cool, but not too cold.

The weather is ever suitable for long walks and landmarks visiting. The French capital is unbounded and the best way to move in it is by some mean of conveyance – metro, bus, auto and so on. Despite the city is perfect for walking, the distances are too big. If you are already in Paris, you have to visit the Louvre – one of the best museums on the planet. Here you can find the best art masterpieces. The biggest of them is maybe Mona Liza by Leonardo da Vinci.

Eiffel Tower, Seine river, the Triumphal Arc make this city to be incomparable. Paris is the only city that can make the citizens of the British capital London and New York to envy, because of its beauty.

Except the magnificent Paris and the picturesque Mediterranean, on the territory of France you can find one of the most beautiful mountain range on the planet – the Alps.

This mountain is situated in the south-east part of the country. Despite on the territory of France is situated insignificant part of the Alps, nevertheless the highest peak of the range is rising here, on the border by Italy. This is Mont Blanc – 4810m. France is a rich and strongly developed country. This is one of the most democratic societies on the planet. The ethnically diversity of the country is great. France has been colonial empire and today great number of emigrants of the colonies, live in this country.

The French are among the healthiest and long-lived people in the world. This is because of the high quality of the food that the French eat, as well as the temperately consuming of wine that consist a large quantity of antioxidants.

For example the French ailing five times more rarely of the citizens of North America, because of their good habits. The French consume a large quantity of fresh fruits and vegetables, as well as sea food, dairy produces and meat with a low fat. The wine dilates the blood vessels and reduces the risk of hearth attack. Also, the wine makes the immunity stronger. Best Travel Tips to Corsica (For Your First Trip)

Best Travel Tips to Monaco (For Your First Trip) Best Travel Tips to Paris in 2019 (For Your First Trip)