Greece occupies territory of 131 940 sq.km. in Southeast Europe in the Southern part of the Balkan peninsula. Greece border on Macedonia and Albania (in Northwest), Bulgaria (North) and Turkey (Northeast). In the biggest part, this country is surrounded by the Mediterranean basin. Greece has strongly uneven coast by many big and small picturesque inlets and peninsulas. Climate in Greece. Greece has very hot subtropical climate. The summer is long, hot and dry. In the Southern part of the country usually the summer temperatures hold from April to November.

These are the months, when the weather and the sea water are sufficient warm for swimming and summer tourism. In the spring and autumn the weather is very warm and sunny, but in July and August the temperatures can reach 40 °C in shadow.

In the other months from April to November the temperatures vary between 20 and 30 °C that is perfect for summer tourism. The summer months in Greece are not only hot, but and dry.

The precipitations are rare. Usually fall short term and pouring rains that are often accompanied by thunders.

The winter is very short. It lasts from December to March. The most of the precipitations fall in this part of the year.

Usually in Southern Greece the winter temperatures vary between 10 and 15 °C, but sometimes can reach 20-25 °C. In some cooler days the temperatures can drop to 0°C and even lower. In many cases these short and sharp cold spells are accompanied by heavy snowfalls.

In Northern Greece the climate is similar, but little bit cooler. The summer season begin one month later (in May) and finish one month earlier (in October).

The summer heats are in July and August and are more bearable. Because of the closeness of the temperate latitudes, here can be felt the transition seasons spring and autumn (March, April and November).

From December to the end of February the temperatures are around 10 °C, but often lower. The snowfall is more significant than in Southern Greece.

But the mildest climate can be found on the Greek Islands that are real paradise without competition for millions of tourists.

Because of the refreshing effect of the Mediterranean the summer months are exceptionally nice with temperatures between 25 and 30 °C. The summer heat that is so typical for the continental part of the country here is rare phenomenon. In the winter months the weather on the islands is even milder than in other parts of the country. The temperatures are between 10 and 20 °C and the warm Mediterranean sun come out even more often.

Greece has unusually beautiful nature in combination by unique Balkan charm. The relief of the country is mainly mountainous, that in combination by the nice climate and the nearness of the Mediterranean basin make Greece to be one of the best destinations for tourism and recreation in the world.

One of the most beautiful and charm places in the country is the peninsula of Halkidiki, that in form resemble of trident. Here can be found incredible beaches. Some of them have fine, white sand.

Other beaches are covered by small pebbles. The sea waters are so clean and limpid, that they can tempt every lover of the diving and swimming. The sea offer refreshment in the summer heat. The peninsula has exceptionally clean nature. For example some of the beaches in this peninsula are among the cleanest in Europe. For the beauty of the peninsula contribute the mountain skyline covered by lush, green forests.

Here and there among the splendid forest of the peninsula can be seen some medieval monastery. In the 21-st century rare can be seen so idyllic, clean and safety place as this.

The tourists who visit Halkidiki are delighted. Stony, shady paths twist and turn on the slope under the centuries-old trees. Here and there the chatter of some brook or old stone fountain violate the silence and tranquillity. In the Southern part of Greece the landscape is absolutely different. Predominate olive trees, citruses, bananas, as well as the emblematic for the Mediterranean high, thin and slender silhouette of the cypresses.

The lush, green forests are replaced by plant species that thrive in warmer and dryer climate.

The landscapes of south Greece are very similar with these in Southern California, because of the similar climate conditions.

The Greece islands are “magnet” for the foreign tourists. They possess unique nature, beautiful beaches and picturesque relief. In many of the islands the life stile is the same as 100 years ago.

The people yet live undisturbed from the chaos of the modern civilization in small and charm towns and villages. But that don’t concern all of the islands.

Crete, Rhodes, Thassos, Corfu and so on have high concentration of population. They are world famous resorts, especially Crete that is most visited because of the great beaches, picturesque landscape, beautiful mountains, inlets, forests and so no.

Crete offer the best climate conditions in Greece. The winter is perfect for sport, biking, walking and other outdoor activities. The day temperature in January is 15-20 °C.

The other Greek islands are usually small and they haven’t dense population, but in compensation they are world famous, because of their incredible beauty. For example the Santorini Island that is situated amidst the warm waters of Aegean Sea. This island is one of the landmarks of Greece with its white houses with flat roofs as well as its white churches with blue roofs.

The structures are perched on the steep rock, overhanging above the deep-blue sea. In many cases, the streets of Santorini are not streets, but stairs.

In every alley, behind the blue fence of the houses can be seen beautiful Mediterranean scrubs with red flowers, that seem even more brighter and beautiful, because of the white background of the houses.

In sunset everything is tinged in delicate nuances of red, orange, yellow, pink and purple. And don’t forget that in this island you can see… red beaches. This is the great paradise beauty of Santorini. The incredible combination of beautiful nature, warm climate and the great cultural heritage make Greece to be one of the most beautiful and interesting countries in the world.

In this country every stone has its own history. This fact, make the Greeks to feel themselves proud, that they were born in this blessed country. Indisputably, Greece is the cradle of the contemporary western civilization.

One of the evidences is that many administrative buildings in the world (for example the building of New York Court of Low) are obtained inspiration for their architecture elements of the ancient Greek buildings as the Parthenon in Athens.

The Parthenon is symbol of the western civilization. It rise up proudly above the Greek capital Athens. Without doubt this is one of the most famous buildings in the world.

It can be seen from almost every part of the city. It is compulsory stop in the route of the foreign tourists. It radiate confidence, tranquillity and feeling of eternity, on the background of the density populated (4,5 million) Greek capital.

The second largest city in Greece is Thessaloniki. It has population of more than 1 million people. It is situated in the Northern part of the country, on the Aegean coast.

The city rises in tiers on the mountain slope. This is one of the first places in the world where people had spoken for “democracy”. The population of Greece is almost 11 million people. It is comparatively uniform – the main part of the population, are Greeks that are followers of Orthodox Christianity.

But in the last years more and more Europeans come to live and work in this country because of the Mediterranean life stile, sun, sea, nature and of course the great local culture, that man can feel everywhere in the air.

The country is especially attractive for rich foreigners, who just need to find the perfect place where to invest in immovable property.

In 1982 Greece got a member of the European Union (EU) that is one of the world biggest economies and main competitor of the USA.

Official currency is Euro (€). The official language is Greek, but the English is mass and is spoken of almost everybody, as well as every high rise and modern economy.

This is Greece. The cradle of the contemporary western civilization, culture, medicine, philosophy, physics and so on.

If we have to describe Greece in few words they will be: SUN, SEA, UZU, SIRTAKI… and OLYMPIC GAMES. 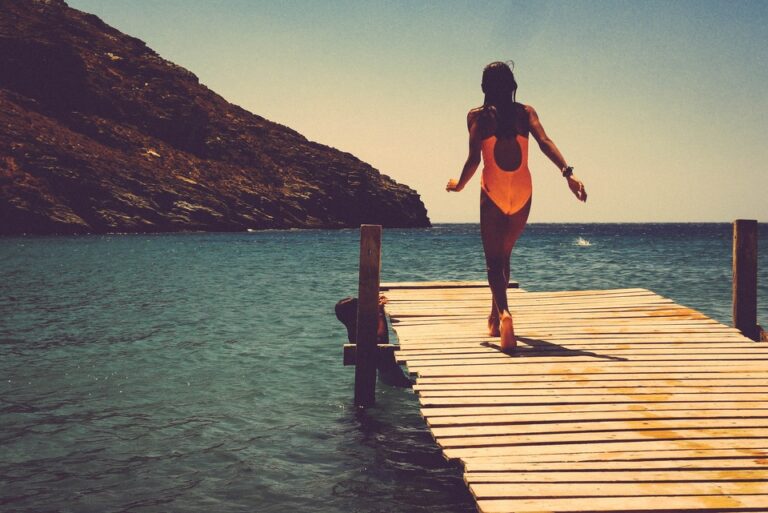 Best Travel Tips to Corfu (For Your First Trip) Best Travel Tips to Naxos [For Your First Trip] Best Travel Tips to Zakynthos in 2019 (For Your First Trip) Best Travel Tips to Mykonos (For Your First Trip) Best Travel Tips to Thasos (For Your First Trip) Best Travel Tips to Santorini in 2019 (For Your First Trip) Best Travel Tips to Halkidiki (For Your First Trip) Best Travel Tips to Gavdos [For Your First Trip] Best Travel Tips to Rhodes (For Your First Trip)