The lands of the Kingdom of Lesotho have been settled since ancient times, and the first residents were hunter-gatherers.

In 1868 the territory of today’s Lesotho was declared a colony of Britain.

After almost 100 years as part of Britain, Lesotho gained independence on October 4, 1966.

Today Lesotho is a constitutional monarchy, member of the Commonwealth, and the head of state is the king of Lesotho.

When to visit Lesotho? 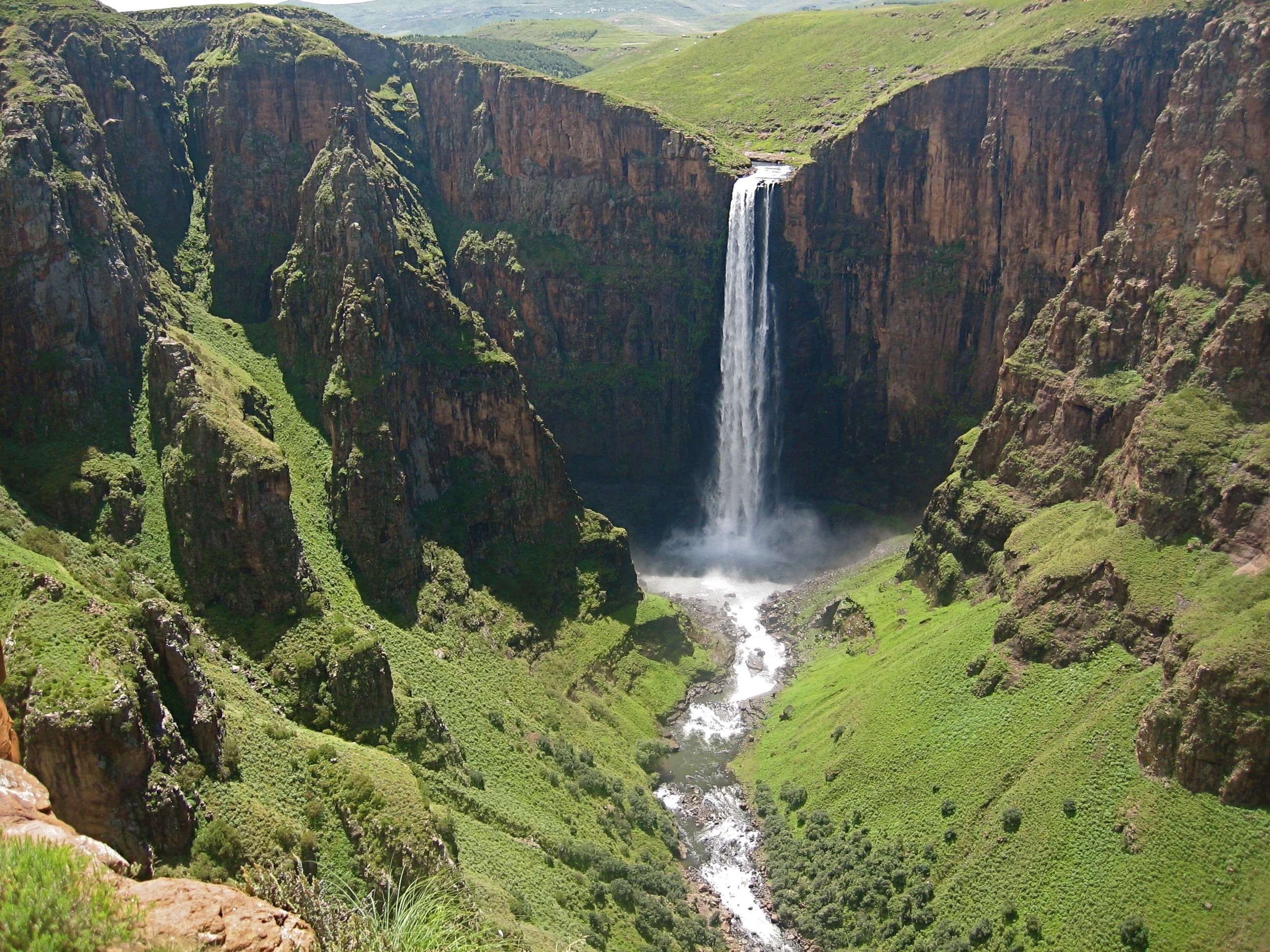 If you have decided to visit Lesotho is advisable to travel during the period from September to April.

The average daytime temperatures in this part of the year are higher than 20°C.

Moshoeshoe is the only international airport in Lesotho.

It is located 15 kilometers away from the capital Maseru.

It maintains regular flights to countries around the world, especially to South Africa.

What should I wear?

Although the climate of Lesotho is cooler than normal for these latitudes, sunscreen is a must!

Remember that the tropical sun is extremely strong, especially in high altitude!

If you are planning to travel in winter, however, warm clothes (sweater and jacket) are mandatory.

Light jacket will be needed during the summer season, especially if you are sensitive to cold.

Do not forget that summer nights are often cool and refreshing.

It is advisable to wear also strong and comfortable shoes.

Before taking a trip to Lesotho, visit your GP and ask him/her about what immunizations are needed and what the risks are for your health.

Since Lesotho is located at high altitude, the local climate is rather cool for these latitudes.

The temperatures that are relatively low prevent the spreading of many tropical infectious diseases that usually torment most of Africa.

The cooler weather, however, stimulates proliferation of respiratory diseases.

The number of people infected with HIV / AIDS is very high.

Despite the efforts of the government and the international community to improve the health status of the local population, the infant mortality rate in Lesotho is quite high and life expectancy barely reaches 47 years.

Because of its cultural diversity, Lesotho can boast an amazing cuisine, rich in flavors, fragrances and ingredients.

Local dishes are rather spicy due to the influence of Asian cooking traditions.

The residents of Lesotho eat different kinds of vegetables such as potatoes, tomatoes, eggplants, cabbage, zucchini, onions and others.

Maize and rice often present at the table.

As regards to meat consumption per capita, the country is among the first in Africa.

Chicken, beef, pork and lamb are consumed regularly, usually with potatoes and a lot of spices.

Although the country is landlocked, you will be surprised to see how often seafood present at the table of local residents.

Clams, crabs, shrimps and other sea species are an important part of the daily eating habits.

However, local climate conditions are strongly influenced by the mountainous relief of the country.

Therefore, the weather conditions resemble rather subtropical or temperate climate.

There are cool winters with temperatures up to 15°C and freezing nights with sub-zero temperatures.

Summers are usually pleasantly warm but not very hot with temperatures reaching to about 27 – 28°C.

Lesotho’s transitional seasons are very pleasant with daytime temperatures varying between 18 and 25°C.

The nights are usually cool even in summer.

Altitude above sea level does not allow night temperatures to exceed 14°C even in January.

Snowfall is possible during the winter months, but in the highest parts of the country the snow cover can persist throughout the year. Lesotho is a small country located in Southern Africa.

It is landlocked and falls entirely within the territory of the South African Republic.

The longest distance in a north – south direction is approximately 241 km.

Lesotho is an inland country which does not have a coastline on an ocean.

However, the Indian Ocean’s city of Durban in South Africa is only about 160 km to the east. According to the UN, forests cover only 1.4% of the area of the country.

Most of its territory is covered with shrubs or herbaceous vegetation, but often can be seen only bare and barren rocks.

Between the mountains there are spectacular gorges.

Lesotho does not have impressive forests, but in contrast, boasts an amazing wildlife.

Most of the animal species, such as an African lion, leopard, jackal, hyena, meerkat, buffalo, rhino, zebra, wildebeest, and many others, are typical of Africa.

Because of the topography, however, some typical African animals such as crocodiles are not found here.

Due to the high altitude, some dangerous insects like mosquitoes are not to be found in Lesotho.

Despite its small territory, Lesotho is a country with significant water resources.

There are many rivers to cross the territory of the country.

Some of the largest are the Makhaleng River and the Caledon River.

In the north lies the Katse Dam that is considered the second largest in Africa.

It was built on the Malibamat’so River, between the mountain slopes at about 2060 meters above sea level.

Lesotho is an entirely mountainous country.

Its territory is situated more than 1400 meters above sea level.

It falls within the Dragon Mountains and rises 3482 meters in the eastern parts of the country, not far from the borders of South Africa.

To the west there are some flat areas that are primarily used for agriculture.

Lesotho can reasonably be called the most mountainous country in the world for the simple reason that there is no other country with higher-situated lowest point than Lesotho. Lesotho’s population is about 2.2 million people and continues to increase.

About ¾ of the country’s population lives in rural areas.

The largest city is the capital Maseru, whose population is over 230,000 people.

The residents of Lesotho are mostly dark-skinned, but there is also a small number of Europeans (mostly English) and Asians (mainly Chinese).

The largest ethnic group in Lesotho with about 99% of the total population is Basotho.

Official languages in the country are Sesotho and English. 9 of every 10 inhabitants of Lesotho are Christians.

The number of Protestants and Roman Catholics is relatively uniform.

Although falling in the most developed and rich part of Africa, Lesotho is a developing country.

Indigenous people‘s standard of living is very low and over 40% of the population in the country live in deep poverty.

The local economy is mainly driven by agriculture, production of electricity from water and extraction of diamonds.

Many of the locals are forced to seek a livelihood in neighboring South Africa (RSA).

The official currency of this inland African enclave is the Loti (LSL).