Luxembourg (officially The Grand Duchy of Luxembourg) is located in the heart of Western Europe, where the northern German nations meet the hot Romance-speaking countries of the South.

The country lies between Germany, Belgium and France.

It is a landlocked state, although not too far from the Atlantic.

It occupies an area of nearly 2586 square kilometers and ranks among the smallest independent countries in the world.

How to get to Luxembourg? 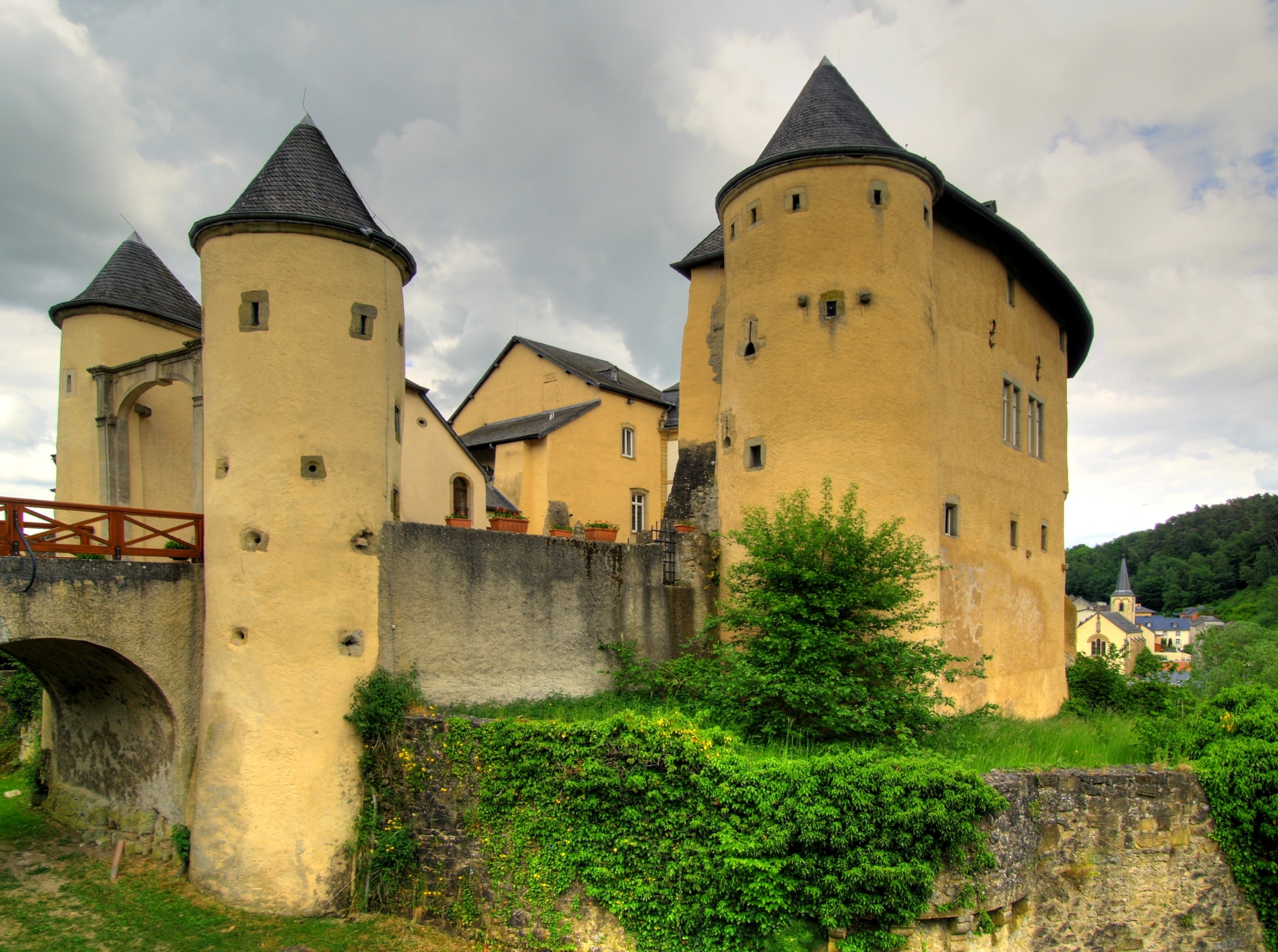 The Grand Duchy is one of the most easily accessible destinations on the continent.

Findel International Airport, which is located just 6 kilometers outside the capital of Luxembourg, handles flights to most of the major cities in Europe and other destinations around the world.

Once you have arrived in the country, you can get to all points of the duchy in less than an hour because of the small distances and excellent infrastructure and public transport.

When to visit Luxembourg?

Although the country has a mild climate, the best time for tourism is July when temperatures are highest and the sky is more clear.

Furthermore, the Grand Duchy is a good alternative to spend your holidays when large parts of Europe suffer from summer heats.

What not to miss while in Luxembourg?

You can start your trip with a walk in the old town of the eponymous capital of Luxembourg.

The place is suitable for visiting craft shops and purchase a variety of souvenirs.

One of the biggest attractions here is the impressive arch of Adolphe Bridge (Pont Adolphe), which was completed in 1903.

Among the most impressive buildings in the country are the Grand Ducal Palace from the 16th century and the magnificent building of the cathedral “Notre Dame”.

Speaking of castles, we should mention that the Grand Duchy is known for its over 130 castles!

One of the most exciting of them is Vianden, completely restored and open to visitors.

You must include in your itinerary a visit to Bourscheid Castle, considered one of the oldest and most exciting in the country.

Another must visiting place is Esch-sur-Sûre Castle, which today is well-preserved ruins of an ancient fortress.

It is a very interesting fact that the initial construction of the building began in 927, i.e. before the foundation of the Grand Duchy of Luxembourg itself.

However, the castle acquired its present appearance in the 13th century.

In addition to its centuries-old fortresses and castles, Luxembourg is famous for its beautiful parks and gardens, which are a pleasure for the senses.

Among the most interesting are the Mediterranean Gardens in Schwebsingen, which are known for the great variety of warm-loving South European plant species.

Among the most beautiful are also the French Gardens of Ansembourg Castle, which are a true masterpiece under the open sky and the stunning Colpach Park near the lovely Colpach Castle.

One of the must-seeing spots in the itinerary of every visitor in Luxembourg is the town of Echternach with its amazing Benedictine monastery and the beautiful Municipal Park with the Gardens of Echternach Abbey.

What to try while in Luxembourg? Do not miss to try some of the most famous local delicacies such as smoked pork neck with broad beans, which is considered the national dish of Luxembourg, as well as a portion of grilled local trout with fresh vegetables.

You definitely have to try something with potatoes, because they are considered to be one of the most important staple foods in the cuisine of the Grand Duchy.

You should try them roasted with spices or under the form of some more difficult to cook dish such as the famous Luxembourgish potato pancakes.

You can add to them some french fries, which most residents of the country love a lot.

If you are into sweets do not miss to try traditional Luxembourgish open fruit tart (known as Quetschentaart) or donuts with powdered sugar.

The duchy is known for its high quality wines and beers, which are a great addition to any delicious meal.

The Grand Duchy is one of the most popular destinations for culinary tourism in Europe.

Many local restaurants have been awarded with the prestigious Michelin stars, the best evidence of exceptional culinary achievements.

Strongly influenced by the neighboring countries Germany, France and Belgium, the traditional cuisine of Luxembourg is extremely tasty and rich with flavor.

It is based mostly on typical Central European products but with a strong Mediterranean feeling that comes from the French cuisine.

Generally, most local dishes are rather simple and easy to prepare.

Typical feature is that they rely on natural aromas without too much spices.

Products such as pork, poultry, fish, potatoes and beans take an important place in the culinary traditions of the duchy.

Luxembourg has a cool temperate oceanic climate with fresh summers and mild winters.

Temperatures usually reach around 22-23°C in July and drop to about 2-3°C in January.

The proximity of the Atlantic exerts a strong influence.

The precipitations that fall over the country are abundant throughout the year, reaching their maximum in January.

July is the driest month, but unlike the Mediterranean region there are no typical summer droughts in the Grand Duchy.

There is between 10 and 20 days of precipitation per month on average.

Luxembourg is among the countries with the most overcast and gloomy weather in Europe, especially during the winter months.

However, due to the relatively high winter temperatures, most of the winter precipitation falls in the form of rain.

Luxembourg can be imaginably divided into two very different parts.

The northern smaller part of the country is occupied mostly by low mountains with a maximum altitude of about 558 meters.

This part of the Grand Duchy is relatively wild and much more sparsely populated.

The South is dominated by lowlands with an average height of between 200 and 400 m and is mostly occupied by farms and scattered small towns.

About 37% of the territory is covered by forests, about ⅔ of them deciduous.

Like other countries in this part of Europe, the landscape of Luxembourg is enchanting and attracts tourists with its emerald greenness, especially in spring and summer.

The East of Luxembourg, along the German border, is covered by the picturesque valley of the River Moselle, which is the lowest part of the duchy.

The fauna is typical for a European country and is very diverse despite the small territory.

In grassy areas, the fauna is represented mainly by small rodents and birds of prey, while in woodlands you will find ferrets, weasels, wild boars, wild cats, badgers, a variety of bats, and many others.

Luxembourg is one of the oldest countries in Western Europe.

It was founded in 963 by Siegfried, Count of Ardennes.

Originally a county, in 1354 Luxembourg raised to a duchy.

Because of its geographical location between the great powers of Europe, in different periods of its history Luxembourg was under the rule of France, Austria, Spain and the Netherlands, as well as it was into the hands of the German aristocratic family of the Habsburgs.

In 1815, the country temporarily became part of a unified state together with Belgium and the Netherlands under the common name the United Kingdom of the Netherlands.

Like other European countries, the society of the duchy is an amazing puzzle of ethnic groups.

Approximately one out of every three people is a foreigner, most of them settlers from other countries of Western Europe and the Balkans.

About 95% of the residents identify themselves as Christians.

Most of them are Catholics and, to a lesser extent, Protestants.

Other major religions in the Grand Duchy are Judaism and Islam.

The residents are spread very unevenly across the country.

Most of them live in the capital of Luxembourg and in the larger cities Dudelange and Esch-sur-Alzette in the south, near the French border. Luxembourg is among the most developed and advanced countries on the planet.

Service sector is of paramount importance for the country.

The Grand Duchy is one of the leading European and global financial markets.

With more than 200 banks, the banking system of the European state is very well developed.

Industry gives way to financial sector and is concentrated mostly in the extreme Southwest of the country.

However, sectors such as automotive, shipbuilding and production of beer are very advanced.

Luxembourg has also a well-developed agriculture.

Although located quite north, the region is famous for its vineyards and wine production.

This applies in particular to the area along the River Mosel.

Though it is among the smallest independent states, Luxembourg is one of the most respected and influential countries in the world.

On January 1, 1948, Luxembourg and its neighbors Belgium and the Netherlands established together the Benelux Customs Union (the name comes from the first letters of the three founding countries), considered to be the prototype of the European Union.

Furthermore, in 1949, Luxembourg was one of the founding members of the North Atlantic Treaty Organization (NATO).

Over the next few decades the Grand Duchy was, and still it is, one of the countries-leaders that inspired the further development and integration in Europe.

Luxembourg is the seat of some of the most influential institutions of the European Union, including the European Investment Bank, the European Court of Justice and many others.