Eastern Europe has some of the most beautiful cities in Europe and in the world.

Whether old historic centres, dynamic and hectic modern cities or flashy resorts, Eastern Europe has something to fascinate everyone.

This part of the continent in no way inferior to Western Europe, and if we have to be completely honest, Eastern Europe has a large number of advantages.

If you are planning to enjoy an exciting trip in this part of the world, we would like to offer you a list of 20 must visit cities: It is hard to find another city in the world as beautiful and romantic as the lovely Czech capital.

Prague is considered one of the safest European capitals and one of the most exciting places in the world for young travellers.

July and August, when the narrow shaded streets in the old town offer a pleasant coolness;

Ohrid is a very charming city with beautiful architecture and rich history. It is called the pearl of Macedonia, and this is not surprising.

The city is situated on the bank of Lake Ohrid, one of the most beautiful lakes in Europe.

There is no a sea or an ocean in close proximity, but the area offers some really beautiful lake beaches.

Carlsbad, also known as Karlovy Vary, is a wonderful city in the western part of the Czech Republic, not far from Germany.

The city is known for its aristocratic atmosphere, spas and beautiful surrounding forests.

Carlsbad has always been a favourite place of many European aristocrats, including some members European royal families.

July and August, when daytime temperatures are between 20 and 22°C; 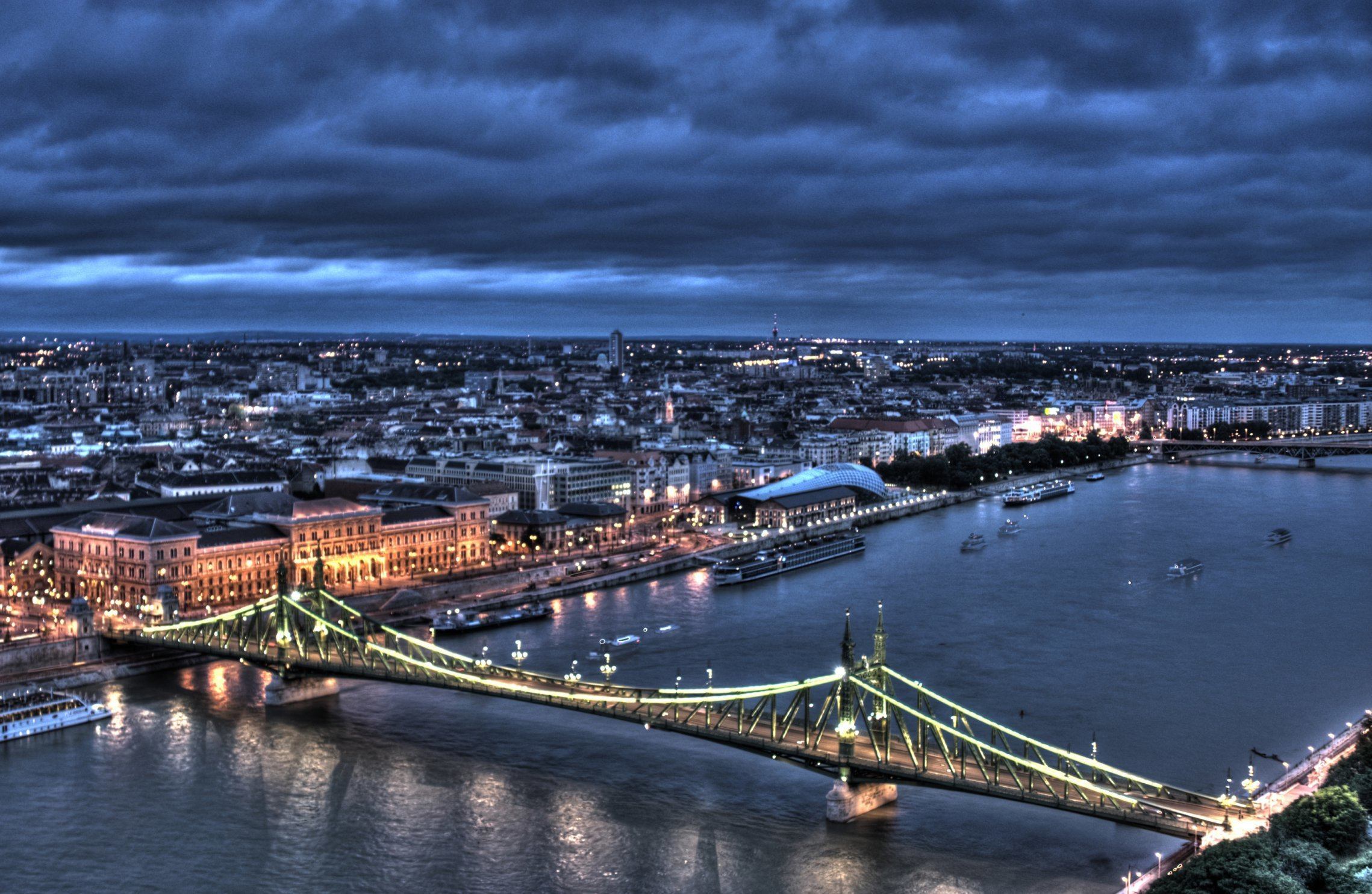 Budapest is the capital of Hungary. Situated on the banks of Danube River, the city is so exquisite that only cities like Paris are comparable with it.

The pearl of Budapest is definitely the parliament building.

Actually, this is the place to say that the building of the Hungarian Parliament is considered the most beautiful government building in the world!

The best time to visit Budapest

From May to September the average daytime temperature is between 22 and 28°C – perfect weather for a long walk!

Romania has many beautiful cities, but Brasov is the pearl of the Balkans.

The city has a typical European radiation with old historical buildings, which are typical of the region of Central Europe. In the years after the end of World War II, Varna has turned into the most attractive tourist centre in Eastern Europe, and is perhaps the number one summer tourist destination for tourists from this part of Europe.

Today the city is well-known as the Eastern European Riviera. The combination of golden beaches and luxury resorts contributes to the charm of the city.

May, June, July, August and September;

Mostar is situated on the banks of the beautiful Neretva River.

Over the river rises one of the most famous bridges in Europe – Stari Most (Old Bridge).

The old stone structure is just amazing and is under the auspices of UNESCO.

The construction of the bridge started in 1557. Although at first glance it may seem small, the bridge is actually a pretty massive and heavy construction, and it rises 20 meters above the river.

The months between May and October bring daytime temperatures of over 20°C, but in July and August can get pretty hot;

If we say that Tallinn, the capital of Estonia, is a beautiful city, this would be true but not enough to describe how amazing the city is.

In fact, Tallinn is simply stunning and is among the most beautiful cities not only in Europe but in the world. It is famous on 6 continents as a real architectural treasure.

The old town is a UNESCO World Heritage Site and is a real museum under the open sky.

July and August are best with temperatures between 20 and 22°C during the day; It is situated on the Dalmatian coast, which is considered to be the new French Riviera. It offers a combination of medieval charm and the most clear sea you can imagine.

From early May to late October the temperature during the day is around 21°C or more. June and September bring the most enjoyable temperatures;

What makes the city different from other cities in Eastern Europe is its wonderful Orthodox churches.

They resemble fairy tale palaces and attract architecture lovers from around the world.

Part of the charm of Kiev lies in its picturesque location on the banks of Dnieper River.

June, July and August are the most pleasant months to enjoy Kiev. The temperature during the day is around 24 – 26°C. Badly affected by World War II, today Warsaw, the capital of Poland, is completely restored in its full glory and welcomes millions of visitors from around the world.

The city captivates with the beauty of its noisy squares, large flocks of pigeons and old pastel-coloured buildings. Warsaw is unique and brings some special European atmosphere.

June, July and August offer the most pleasant temperatures of around 21 – 24°C and plenty of sunshine; Wroclaw is considered by many the most beautiful city in Poland.

Founded in the 10th century, this is the perfect destination if you want to get to know a typical European city.

Wroclaw boasts beautiful architecture and is often compared with Paris and Prague.

As it is located in southern Poland, Wroclaw is warmer than most Polish cities. From May to September temperatures are above 20°C.

Riga is a charming city, one of the most beautiful on the Baltic coast. Because of its amazing architecture, the old town is under the auspices of UNESCO.

Riga is an important centre of art and culture in Northern and Eastern Europe.

It is a centre of attraction for young travellers looking for fun, but it also attracts older visitors willing to absorb part of the local atmosphere.

July and August offer the best weather with temperatures of around 21 – 22°C;

The capital of Lithuania, Vilnius, is proud of its old architecture.

The old part of town is a UNESCO World Heritage Site.

The city is a wonderful example of how successful the combination of old and modern architecture can be.

Vilnius is an attractive tourist centre for visitors from around the world. This is a place with rich history, and at every step you feel the free spirit of Europe.

June, July and August offer excellent conditions for tourism. Temperatures are around 21 – 22°C;

Bratislava is one of the most beautiful cities on the continent, a city of old architecture, history and traditions. The capital of Slovakia offers everything a tourist could dream about.

The months from May to September offer perfect weather with temperatures between 21 and 27°C;

Ljubljana is considered one of the cleanest cities in the Balkans.

Many believe that the capital of Slovenia actually is more similar to the cities in Western than in Eastern Europe.

And there is nothing surprising. Ljubljana Is located just a short distance away from Italy (about 2 h and 30 min drive from Venice).

Nis is considered one of the most beautiful cities in Serbia. It is known as an important cultural crossroads and as a city with incredibly rich historical past.

One of the greatest natural wonders of the Balkans, the Devil Town, is located only about 90 km from the city.

This work of Mother Nature is a strange natural phenomenon resembling of pyramids.

May, June and September offer the most pleasant temperatures, July and August are too hot Nesebar is a small town on the Bulgarian Black Sea coast, and as they say “expensive perfumes come in small bottles”. The town is charming and very old.

Some of the churches in Nesebar are older than most European countries.

The old town lies on a small peninsula, and an old mill welcomes the tourists, which come from all around the world. Just one look and you’ll fall in love with Nesebar forever.

The town is under the auspices of UNESCO.

From May to late September the daytime temperature is above 20°C. In July and August is too crowded with visitors, while June and September are much more quiet;

Budva is sometimes described by travellers as the smaller brother of Dubrovnik.

The city is a great place to visit not only for people looking for culture, history and architecture but also for lovers of the sea.

Budva keep memories of a catastrophic earthquake. On April 15, 1979, an earthquake with a magnitude of 7.0 on the Richter scale hit the city and caused severe damage to the old town.

from May to October the daytime temperature is above 20°C, the sea prevents extremely high temperatures;

Because of its old Turkish architecture, Gjirokastra is a UNESCO World Heritage Site.

This city-museum under the open sky is located in the extreme southern parts of Albania, not far from sunny Greece.

The town has a unique atmosphere, and its architecture is dominated by historic buildings, many of which were built more than three centuries ago.

May, June, September and October;